About a year ago, maybe a bit less, I was at the hairdresser waiting for the pile of tinfoil on my head to process and was flicking through one of the Aussie glossies, might have been Elle or Harper’s, can’t remember which, doesn’t matter. I started reading this incredible story of a courageous young woman in her very early twenties, she had a three-year-old son and she had been battling an aggressive form of brain cancer for years. One of those things you read and think, shit there really is some cruelty in this world.

By the time I finished the article, I was swallowing hard and had to use the black towel around my neck to wipe my mascara off my cheeks. Something that stuck was in the last line where she said ‘I don’t want people’s pity, I just want to help others’. Shivers up the spine sort of stuff. Here’s this young woman with a tiny boy, who doesn’t even know if she will live to see him grow up and she’s completely selfless, poured all her energy into trying to live a healthier life in order to possibly survive and ‘heal herself through nourishment’.

There were beautiful pictures of her and her boy – you couldn’t help but feel like total shit for what they’d both been through and what their uncertain future may hold. It resonated with me not so much for the holistic healing aspect – but more for her courageous plight in wanting to create some sort of hope for other people. It also struck a chord because I know what it’s like to raise a child without one of their loving parents in their lives. I wanted to reach out and give her and her little boy a bloody tight virtual bear hug. Wish her love and strength to survive.

In the article she spoke of her journey in healing herself from the inside out with the power of healthy living, healthy eating, healthy mindset. Like I said, the last quote of the story where she seemed to be utterly selfless got me. She had me and hundreds of thousands of others.

I never got on her website. I never looked up her blog. I never bought her cookbook. But I knew who she was when I saw the news reports unfold. I heard it on the radio and thought surely not, it couldn’t be that same girl I’d read about. Her story was so real.

This woman, a young mother, with a little boy who looked up to her, had lied. The whole lot. Total pile of massive steaming horse shit. No tumours. No healing. No illness.

On Sunday, Belle Gibson, author of The Whole Pantry – not that I even want to give her one last plug but for those who don’t know who this Mistress of Bullcrap is – will unveil her ‘Tell all Tale’ on why she fooled us all. Apparently she thinks people should forgive her for coming out about the truth behind the fact she wasn’t sick. She didn’t have any sort of brain tumour, or other hideous cancers for that matter. She didn’t heal herself through holistic means. She didn’t even grow up under the pitying circumstances she’d have us believe in the countless media portrayals. Every last bit of it a whopping great lie.

Sorry Belle, but you don’t get to lie about dying and then have people forgive you. Dying is no game. I’m guessing you know nothing of losing a parent, a child, a friend, a wife, a husband…because surely to bloody god, you would never expose your little boy to this if you did. I wonder when your son grows up how he will feel about having had to live in your shadow watching you pretend you’re sick, very sick. And if you told him your lie as well to build your walls of deceit even higher…? I have watched a small boy lose someone he loved and it is the most excruciating thing you can ever do as a parent. To lie about being sick, to lie to the entire world for your own benefit but to tell this lie when you have a child who looks up to you is just unforgivable, girl. Big big shame on you. 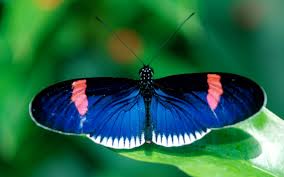 To anyone out there battling this disease, a tiny flutter of hope to you…

I won’t be watching you soap box on why you felt you had to cheat people out of hundreds of thousands of dollars. And deceived them with a belief you could heal yourself. I have no interest in the six-page article you appeared in in the AWW. I don’t agree that you’ve been paid a chunk of money to tell as you call it ‘your side of the story’ – there is no your side. The whole thing was about you and only you.

So if I refuse to watch your twenty-minute slot tomorrow night, so too should the rest of Australia because unfortunately while we’d love to bash the media for paying you, it wouldn’t happen in the first place unless we didn’t have any interest. Satelite lost over here. I’m glad your boy no longer has to worry that his mummy might die any time soon. Unlike the many many unlucky ones who you have sold your idealogy and lied to. Lov n’hugs, Lady MamaG xox