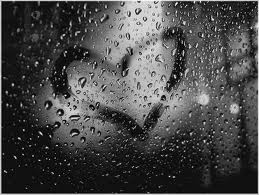 through the grey murky haze…there is love

You know how they say what doesn’t kill you makes you stronger…sometimes the former isn’t actually easier.

Going it tough does make you stronger but only because you are flung headfirst into it. Not because God hand-plucked you out of the crowd because he reckoned you had a hefty set of shoulders on you built to carry the emotional weight of a truck. If I had a buck or 10 for every time someone has told me, since losing my first husband, they could ‘never have gone through what I did’ – as if there were some sort of choice in the matter – let me tell you I’d be so rich I’d be bathing in some sort of liquid gold milk right now with hand maidens wiping my sweaty brow. Like there was an option. Like you could choose as though you were downloading an app.

Fertility is a bit like that. There are so many well-wishers just telling you to stop thinking about getting up the knock and you will fall. Try this weird and crazy diet, it’ll definitely work. Or, a friend they know – who had been trying for six years all but gave up and then what do you know, once they stopped trying it happened. Except it doesn’t. It doesn’t just happen much like death and losing someone doesn’t just happen, it isn’t just ‘a choice’ you take. It is one of life’s cruelest lessons.

Today when I got my 8 y o back home after he’d been on a week’s holiday up north do you know I held on to him so tight I think his head nearly popped off his shoulders. He just thought I was being weird and went about polishing off the lolly jar which hadn’t been touched since he left. If I knew, if each of us stopped to think exactly how much of a miracle our babies, toddlers, children and even teens (when they’re not hormonal or broody) are do you think we’d bother complaining when they don’t clean up their room or forget to bring their drink bottle home after school? Miracles. That’s what they are…every single one of them.

Today Dr Babies gave us some not-so-good news. Seems that the pipes were once working just fine but now have pretty much all given up on me. They’ve staged a protest outside my uterus and are flat out refusing to let anyone through as though it were the White House under bomb threat. Seems this impatient Scorpian and rather tetchy Lady Mama G had the right kind of gut feeling all along. (See Good Lady Doctor, I wasn’t just pulling your middle finger…)

The good news is we no longer live in the ’50s and there is such a thing, praise be, as IVF. However it is entirely possible that I am about to go all kinds of crazy, Kathy Bates crazy even, so watch the hell out family and close loved ones… I fear for your safey (and my sanity!).

But you know what? For all the grey murky haze that is blocking my head from thinking any kind of straight, there is a lot of bright breaking through. I have a husband who loves me very much and a beautiful almost 9 y o boy. I’m also not planning a funeral instead of my Christmas dinner. However bad things might be, there’s always someone for which it is worse. Much, much worse.