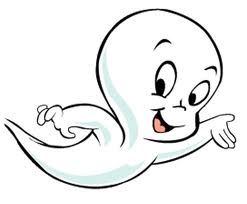 I wish I could tell you there were not 10 thousand loads of washing sitting on my laundry bench waiting to be folded. I also wish I could tell you there is not dog hair all over my (black) lounge room carpet. I’d love to tell you that there is not a load of (clean) dishes still in the back dishwasher waiting to be unpacked. But alas, people, this 30 Mama is all out of her compulsive cleaning disorder and the need to tidy up after myself, my two-year-old (did I mention heavily malting) golden retriever, my 8 y 0 son who likes to wear things for an hour and then chuck them in the washing pile rather than fold them and my ever-hard-working husband – the latter, both of which seem to have contributed to a rather large portion of the 18 loads of washing on my laundry I mean bench.

I’ve decided that rather than be chained to my laundry I will hide out in here on my computer until it does itself – or I find an app that can do it for me, or even better still…invent an app that will make me tonnes of money so I won’t have to do it ever again. After this is done then I’m off to catch a few rays while the glorious sun is beating out of the bright blue sky. Such melancholy.

Well it would be if it were not for the fact I am: No.1 a Scorpian (for those of you who regularly drink here, you will know this fact) No.2 a Control Freakazoid who hates mess and No.3 someone who really really really wants a cleaner. I have toyed with the idea of hiring one on the sly so The Vet doesn’t know but that would be a) mean because you should never lie to your spouse and b) completely and utterly ridiculous seeing as it is that I don’t have a job, or a newborn, or a small business, or even a nation to run and then the guilt would get to me so much that there would be pretty much no use whatsoever to have the cleaner who I do most of the cleaning for before she comes anyway.

So aside from mountains of laundry wreaking havoc with my stress levels there is also the fact that Casper the friendly little ghost baby is back inhabiting my womb again. He’s always hanging around week two or three of every month, you know just to drop by and tickle my uterus with cramps so I think it could be an actual small person or peanut instead of Casper who is really beginning to yank my chain right now. Casper, let’s get this straight, if you are not indeed a real baby then why do you tease and torment me in such a way that every time I get a slight tickle, sore wams, or increase in hormonal nuttiness that make me believe you’re not a ghost but an actual real live tiny person?

Before you started annoying me I was actually considering Casper as one of my names, now you’ve just totally ruined everything and I’ve had to resort back to Waterman or Albert, my other two favourite names – you’ve become THAT bloody annoying.

But not all hope is lost, there is still the ever all-warm-inside feeling I get from the 8 y o who constantly declares ‘when the baby comes’ rather than ‘if’. He’s all over it like Lilo at a bachelor party every day coming up with new names. None of them feature Casper but he has expressed his like for Cody, Tennyson (after a cartoon character, so very 2012 don’t you know) and shows constant distaste for his mum’s choice in baby names though none such as much as when he used my bathroom the other night. ‘What’s this?’ he asked, holding up my basal thermometer (yes, tucked safely in its plastic case) in his little paw. ‘Oh that’s for taking mummy’s temperature’ I told him. He wasn’t convinced because the only one he’s seen is the type that goes in your ear and is shaped completely different to the one in his hand. ‘Well it’s for measuring your inside temperature’ I tell him. ‘But where does it go?’ he keeps pushing. ‘Well it goes in mummy’s private parts’  I tell him reluctantly. You know that look you get when you really wish someone hadn’t just told you something and you want to hit delete on your mind but can’t? Well, I’m pretty sure that’s where 8 y o was about that point. That’ll teach him to be Mr Nosey Parker then won’t it!

Till next time…keep your ovaries happy, mamas!

One thought on “Casper the (not so) friendly ghost baby…buzz OFF, you hear!”