A little over eleven years ago, I made a decision – not an easy one to make given the utter shitstorm of devastation facing me whichever way I chose.

On the one hand, I could go back where I came from. Back to our families, our friends, the places we’d grown up, the memories we’d been making since we were 16. Back where we’d be surrounded by love and support but maybe a few too many ghosts too. A few too many reminders of what used to be and what would never be again. The call to ‘come home’ was strong. It was never implied by anyone in particular but likely expected of me just the same. Some thought we’d pack up everything and head on back to our roots, to the open arms of a nurturing and healing environment where we could all huddle up and grieve together about a loss so great and so sudden and so severely crippling it threatened to swallow me whole.

OR…and it was a great big gulumping fat ‘or’ the size of Texas, I could stay behind in the country we had made our home. I could stay where my three-year-old would be surrounded by his friends, his kindy, his ‘normal’ and lord only knows how much I needed to give him normal at a time when our life was anything but. I could stay in the place he said he’d never leave ‘unless it’s in a wooden box’ – words to live by apparently. Bet he had no idea those words would actually be a reason for me to stay. Staying behind in a place where the everyday sun alone keeps your spirits from dropping below your ankles. A place where we’d built our Village.

But shit it was a choice that hurt my heart. A decision to make too soon after having already made so many of them neither my heart nor my brain were ready to make – or adjust to. Choices I look back on now and think ‘I have no idea how the fuck I did that’ but I didn’t have any option, it was up to me and me alone to decide the fate of my family. Even though being so far away not just from our families but the people I’ve had in my life since I was a kid – who know me best, who know how to put me back together, who call every week and know when to ask how I am and when not to – wasn’t something I was willing to do easily.

So I listened to my heart. I listened to the words he’d told me…maybe mostly, I listened to the feeling of what was going to be right for me. For us. We didn’t go back to our homeland…instead, we stayed put. We tried to pick ourselves up and keep going as best we could. And fuck I can’t tell you how much I thought I’d made the wrong decision or how I wished I didn’t have to be the ship’s captain because there were times when I was steering that ship towards much rougher seas than I knew how to handle. People are not always what they seem. Sometimes even the strong ones are barely holding on with fingertips. I read not that long ago, someone in the media compare divorcing her husband to that of a death. No, it is abso-fucking-lutely nothing like it. When you divorce, your kids at least still get to see their parent, to visit them every other weekend and for half the holidays. Your kids still get to relive their memories and share in the stories that helped shape them into who they are. There is nothing remotely like death when comparing a marriage breakdown other than that you are alone. And even then, your kids still have the parent to go back to. Death is final. No more conversations, no more hugs, no more love…just emptiness from where that person used to be and perhaps the odd fleeting flashback built far too long ago for your then-infant brain to process into an everlasting memory. I didn’t know what our future held, I didn’t even know what I’d do the next day, let alone half a decade later but still I picked my withered self up off the ground and fought to keep standing up just long enough to keep going until month by month, I seemed to learn to cope.

If I’d chosen the first maybe more obvious choice our lives…there’s every chance I wouldn’t even be writing this right now. Maybe I’d never have let fate step into my life one sunny August afternoon in 2010 when I least expected it and deliver the only person who could ever ever be good enough to take up the spot in my heart I thought had closed up forever. Someone was telling me it was the right thing to do and by god they were right.

No way in hell could I have ever thought that within four years of making the decision to stay behind and keep going that fate could have delivered what it did in the form of he who is my lifeblood, The Vet. How it’s even possible to meet two of the world’s most incredible souls in one lifetime I have no idea and yes I’m sorry girls for being such a greedy bitch and taking more than my share of the good men of society but I’ve cherished them both, promise.

Then, as if the shitstorm that had bowled through my life hadn’t been enough, just a few years later, seemed to come back for seconds, all guns at the ready. Stupidly, I thought everything from then on in would be nice and simple. We’d get married, have a baby, maybe even two and our lives would be free to live happily ever after. Except no. A tough chick who can weather the fucking storm huh, okay we’ll slap you with just a bit more of a steaming pile of shit on a plate. Infertility, bitch. How’d you like them apples, hey?

If this was god’s sick way of testing my ability to cope I could have done without it big guy. Seriously a few years in the past 11 that weren’t marred by grief in some way would have been fucking fantastic. But it’s not like we get to choose this shit. One blow after another saw both me and The Vet almost beat. And probably the 14 y o too, bless him. Years and years of hurdle after hurdle. Tests, failures, needles, hospitals, losses and enough dosh sunk to put a decent deposit down on a Lambourghini…jesusfuckingchrist when I look back now on what we went through I barely believe I’m still standing myself but by god if there’s anything I’m good at it’s fighting, well in the metaphorical sense perhaps not so much with my fists. I will fight until there’s nothing left in me. Fight for what I believe is right, fight for what I know will turn out eventually but mostly I just fight for those I love. So seriously do not cross me. Do not. One word, people…Scorpian. 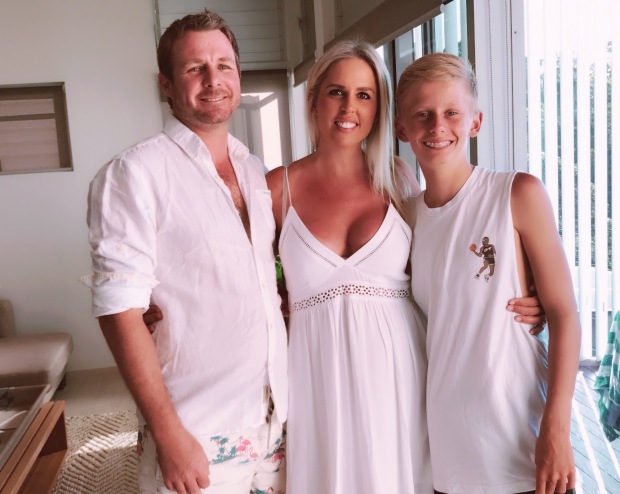 And bloody aye the fight was worth it. A few weeks ago our precious ‘lil Jellybean almost came into this world just a touch before she was meant to. I won’t lie. It was some scary shit even though I knew she had every chance of surviving none of us want early hatchlings. As The Vet watched them hook up the monitors and stab my thigh with some motherfucking steroids that hurt like a bitch and I writhed in pain…I looked over to see the tears trickle down his beautiful cheeks as he cradled me as best he could, though feeling utterly helpless and that was it. Enough for me to know exactly why I’ve put my body through five years of fucking torment…because Love Makes Us Whole. My story, our story is almost complete. Just two more weeks to go…Lov’n’hugs, Lady MamaG xox