There are two things people really don’t like to talk about. One is chlamydia. The other is death. While the latter isn’t contagious (unless you’re living in a leper colony) no one likes to talk about for fear if they do, it might happen to them. Fact is, it will. One day. We are all mortal.

Nobody likes to talk about someone who’s dead. And they certainly don’t like to talk about death. They’re scared they won’t say the right thing. And equally as petrified of saying the wrong thing. It’s unimaginable to think it could happen to you. That someone you know and love could just be gone…disappear off the face of the earth forever in the time it takes you to swipe the screen on your phone.

Mortality – even though it’s a part of every single one of our lives just as much as eating eggs for breakfast – it seems is much better not to be spoken of. Ick. Too creepy. Don’t go there. As for chlamydia…? Well not really dinner party conversation material – unless of course you want your guests to suddenly develop ‘a headache’ and clear out faster than a bunch of disgruntled rose-less Bachelorettes fleeing the mansion.

There was a time, approximately three-thousand-two-hundred-and-eighty-five days ago to be exact, when I didn’t like talking about it all that much either. Before death, grief, loss and mortality became a second nature I’d prefer not to know quite so intimately. Before I was the one people were avoiding in the supermarket because they didn’t know what to say to me, frightened to be around me in case my grief somehow got passed on to them. Before I didn’t have to be the one making decisions that would change my life, my son’s life and the lives of countless others.

Before Mark’s accident, we’d lost a very dear friend suddenly. It had woken us with a jolt to the harsh reality that it could happen to us. The loss of our friend prompted two things – one for my husband to take out a life insurance policy and two for us to talk about organ donation. A simple chat. Probably less than two minutes. And quite likely over a Hawaiian pizza. I couldn’t even tell you exactly where we were it seemed that insignificant but it would prove to be one of the most important things we ever said to each other.

Four, maybe five years later…those few words would turn out to save the lives of five people. 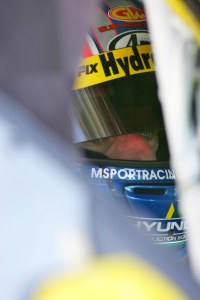 An immortal hero in our eyes…

He was so quiet when he asked the words, as if saying them out loud made them real. ‘Would you consider…let me ask you…had you and Mark ever talked about organ donation…do you know what his wishes were?’ The softly spoken neurosurgeon of the Royal Prince Alfred Hospital in Sydney had put God his very self into my hands that dark October day in 2006. He was asking me to make a decision that would ultimately mean the end of my husband’s life as he lay still on the hospital bed, machines taking over the normal functioning of his organs. My decision would also mean a future of others. ‘I’ll leave it with you to think about for a little while…’ he said and left the hospital waiting room.

There were so many times over those seventy-two hours, nine years ago, where I wished I wasn’t me, I wasn’t the one making decisions to end or continue people’s lives. I would like to have pretended I didn’t have ears. I couldn’t hear what he was saying, what he was asking of me. Shit if the ground could have opened up and swallowed me right then I would have jumped in head first with my eyes closed.

I didn’t need half an hour. I didn’t even need 10 minutes. ‘It’s okay,’ I tell him. ‘We spoke about it, it was what he wanted to do…what we both wanted to do…’ He looked relieved. But the relief was all his. I was the one choosing to turn off the machines, and despite the fact I knew all hope was lost, there was nothing else they could do… it still hurt like shit. It isn’t like asking someone if they want a side salad with their meal or even what school you want to send your kids to. It is the hardest words your brain will ever have to process.

Ten days after that conversation with the RPA neurosurgeon, a package arrived in the mail. It was from the Red Cross. Inside was a tiny gold rose pin and a letter. The pin, it said was a symbol of his generosity. A reflection of how much he cared. In the letter, the lady from the Red Cross who I met at the hospital during that weekend spoke of the five people whose lives would change forever because of my, our decision. It doesn’t say their names or even if they were male or female. I won’t ever know the people whose lives Mark helped save. But I know their stories. They tell of a life-saving heart transplant, a liver and a double lung transplant. It speaks of his kidneys, his pancreas that saved more lives and of his spleen that would be used for medical research and ultimately help thousands of people in the future.

I didn’t need a letter or a gold pin to remind me, I already knew inside my heart that one decision, that one talk made him a Hero. An immortal Hero in the eyes of all of us left behind to live and breathe without him, who loved and cherished him.

This month is Organ Donation Awareness. It isn’t enough to simply put it on your licence. You need to have that talk with your partner, tell them what you want, tell your parents, your children, the neighbour…anyone. Whoever it is who could one day be given the task of the Hardest Decision They’ll Ever Make.

Go on, do your part, go to the Australian Organ Donation Register it’s the most selfless thing you could ever do. What if it was someone you loved who needed a life-saving donation…whose life was hanging in the balance? No one wants to play God. None of us ever want to make a decision that switches off machines, that then stops lungs artificially inflating, hearts artificially pumping blood through veins and feeding tubes delivering a thick substance into someone you love’s empty body. But…if it was you on the other side of the medical curtains holding the arm of someone you love hoping and praying someone would come along who might be able to save them…wouldn’t you want to have that chance?

One thought on “What would happen to you…? why you need to talk about this”