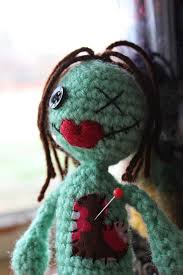 So a long time ago, like forever ago, before the word ‘infertile’ was even uttered between these four walls, I was a relatively ignorant girl, yes okay perhaps verging on a little naive and it wouldn’t impress my fifth form science teacher, Mr Chisholm to know that I really knew jack shit about fertility and all its winding roads…who knew there are only two days a month that a girl could get up the knock? It seems writing my initials beside my boyfriend’s in vivid on my folder was much more interesting than biology, chemistry or reproductive learning…my bad.

Now I’m a walking bloody encyclopedia (that’s the book form of wikipedia for those born after the nineties) of all things fertility. Some of it I really don’t want to know. Like here, have your FSH, your natural killer cells, your lapraoscopy, hysteroscopy and any other ocopy that causes so much pain it feels as if your insides have blown up inside you. And while you’re at it, take your figures, your stats and all your bad news and shove it fair up your bum.

We had though last month was our last round….except fate has a funny way of intervening. Just two days before I was due to go for an endometrial scrape (I’ll let you work out the logistics of that yourself) which was meant to help any little embies that might make it down the bumpy ride to fertile stick their guns in tight to my uterus. Stuff happened and then we didn’t get to go through with the round. Can’t lie and tell you I wasn’t a little bit disappointed because when you get your mind set on something (particularly if you’re a bordering on control freak Scorpian) and it doesn’t go to plan, shit can get real preeeetttty quickly. Around this point it’s best to lock up all sharp objects and hammers. So even though our minds were pretty much made up for us, we decided to put it off for a few months. Work up the courage. And the funds.

After a brief visit to Dr Babies office for one of his lovely internal scans one morning he looks up at the screen on the ultrasound and utters, ‘mmm well, this is interesting’…no girl ever wants to hear that when someone is scooting around in her insides but it seems it was positive. I had developed eight (yep, count ’em…one, two, three) follicles all on my ownsome. I COULD NOT believe it. Don’t go planning the North West proportions baby shower just yet. He sent me off to the lab for some bloods and the nurse called that afternoon to say they looked great. What? I thought I couldn’t pump out my own eggs? Maybe the bin juice, the acupuncture and the Buddhist Monk’s stone have helped.

But there’s one rule with infertility: Don’t Get Ahead of Yourself. It didn’t work. Despite my thinking my ovaries, tubes and uterus had miraculously recovered overnight and turned into those of a 21-year-old, it wasn’t to be. Back I go to the office of my beloved Dr Babies who I’m damn sure if nothing else, admires my perseverance. He sends me for an HSG. For those who’d rather I didn’t share the details it’s basically like shoving a plastic tube through yourself, blowing up a balloon once up there and then running dye through it, slowly and painfully. Sorry, too much?

With little to no time to prepare myself, I was flat on my back before I knew it, without even so much as a little foreplay. The good news is, the lovely lady doctor who performed my carnival ride of an x-ray discovered that my tubes are in fact not blocked. Yes you heard me right, not blocked. Or no longer blocked. One is slow but they be working like a regular fire hydrant. I waited until I was outside the x-ray room before I side-ankle-kicked to myself but whoopty shit, I got me some working tubes. And some follicles. Life is good, yeah? Well as good as it can be when the odds that were stacked higher than the Berlin Wall, suddenly seem a little bit less…where the hell are Dorothy’s ruby slippers when you need them?

Armed with my good news I would be adding yet another drug to my ever-expanding (yet possibly not retaining) knowledge bible…let me introduce you to my little friend, Chlomid. She is going to make me ovulate rather than the normal once, a few times….the thought of Octomum did cross my mind but the likelihood of any, let alone seven of my little embies sticking is next to zilch so that’s out. As are my reality TV show prospects, bugger it.

I’m glad to say this month there are no needles, no anesthetics, no hospital gowns. No mortgaging my left breast to pay for the next round. No Britney meltdowns. The roads are safe from my hormonal episodes of rage and the male population of my household may be free from the firing line (though I make no promises). Love n hugs, LadyMamaG xox