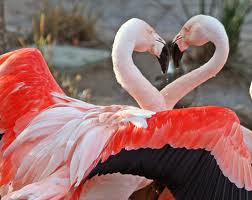 It’s funny how when you want things the most, they don’t happen but yet at the worst time possible they do. When my 8 y o was born (obviously he wasn’t eight when he was born but he was a bonny 8pd 3oz), we were in the process of moving house, moving jobs and moving countries. Faarrrrk it was shitballs. Excellent planning there by us. I can’t tell you how abso-darn-lutely it was the worst time ever to have a baby. I literally had a six-week old strapped to my chest and a mountain of suitcases. Fun times.

Looking back now I think I ought to have won me one of those Australian of the Year awards (ignore the small issue that I’m not Australian) because by hell I was living right up the top of stress street for the first six weeks of my baby’s life. I’m surprised I survived. I’m surprised he even survived and wasn’t left on the doorstep of the nearest orphanage with a note saying ‘have me’ and a week’s supply of formula tucked under his blanket.

I was talking about this with a girlfriend the other day (not giving my child to an orphanage, but having babies at inopportune times). She had been trying for over eight months to get pregnant and then, once she booked a four-week trip to the States (plus a whole lotta shopping and drinking) with her hubby whaddaya know it…she’s up the knock. It could be true what they say, when you least expect (or want) a baby, it will come. They have a funny little habit of interrupting your life those selfish little people. But while it might have worked for my stunning (did I mention younger) and perhaps considerably more fertile bodied friend, I’m not so convinced it will work for me because it IS ALL I CAN THINK ABOUT.

As I write this I am in great danger of being dive-bombed by an overprotective plover bird who is squawking mercilessly at my window as her tiny fluffy babies wobble over the lawn on their spindly legs. I tried to tell the mum I don’t want her babies, I’m actually after having one of my own but she won’t have it. She is actually trying to kill me by pecking. Through the window. 8 y o thinks it’s a wonderful lesson in nature. ‘I think we should leave our whole lawn for them,’ he says generously. ‘And if they want to swim in our pool, we should let them’. Thanks son that’s especially considerate of you when you are not the one who has to clean the pool of bird poop. ‘When will we have one of our own babies?’ he asks. Well, I reply, maybe when we plan an overseas trip or a move to outer-Mongolia. My words are lost on him of course because he can’t quite understand what traveling or moving to a country whose name he can’t even pronounce have to do with babies.

Maybe I need to think about planning a big ol’ trip to the US with lots of drinking, partying and shopping for expensive clothes that can only fit a non-pregnant girl. Or maybe I need to sell up, move jobs, home and country…

If you’ve got your own badly timed addition, feel free to share with the group, we won’t tell anyone…